We are experiencing delays in receiving stock from some suppliers.

NMEA 2000 is the universal standard for Serial-Data Networking of Marine Electronic Devices.

The standard facilitates interconnection and interchangeability of digital data from marine electronic equipment thereby minimising any misunderstanding and/or confusion between equipment from the same or different manufacturers.

Equipment designed to this standard has the ability to share data, including commands and status with other compatible equipment over a single Channel.

NMEA 2000 is based on CAN (Controller Area Network), a standard used extensively in the automobile industry. CAN was designed to allow micro controllers and devices to communicate with each other within a vehicle without a host computer.

All NMEA 2000 products must be certified by NMEA.

Although this standard is 50 times faster than NMEA 0183, it is not intended to support high-bandwidth applications such as video, sonar or radar. 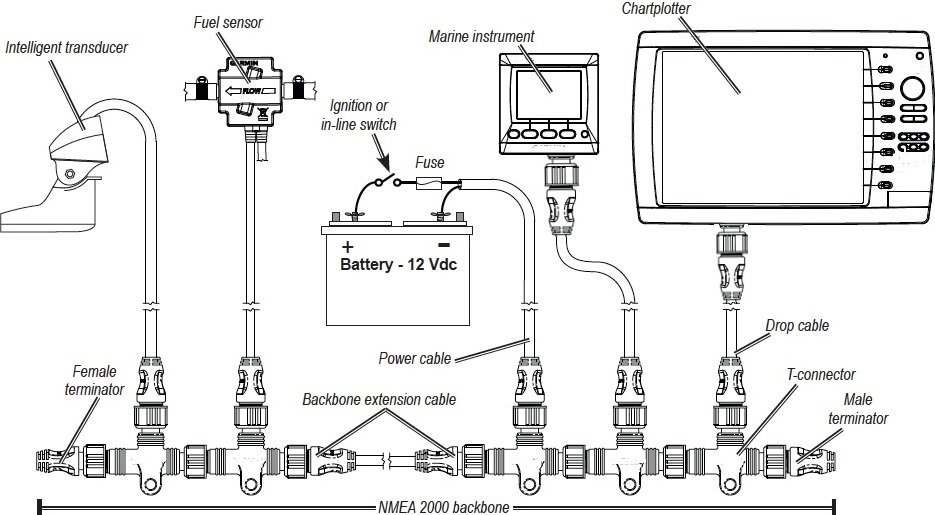